Prolific producer’s impact, through the eyes of his brother 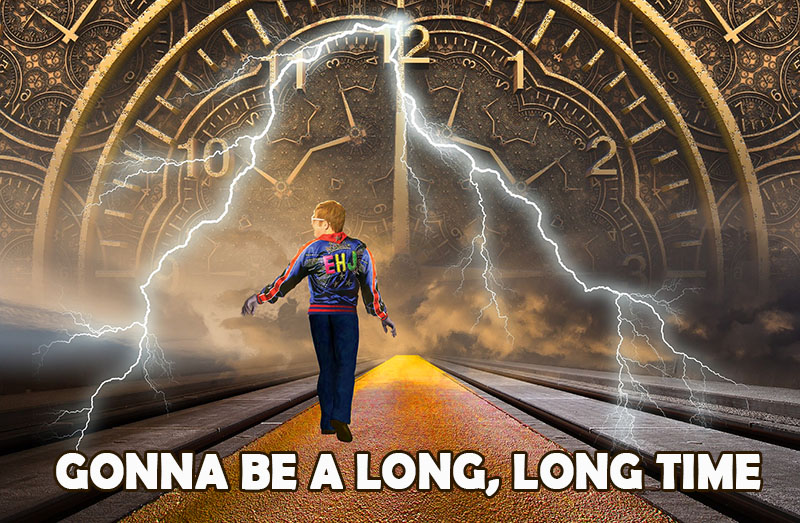 We mine our Elton archives each month to showcase news or features you won’t find anywhere else! Edited by Fran Gilles

Gus Dudgeon, who died in a car accident with his wife Sheila in 2002, contributed to recordings ranging from Your Song to Nikita.

There’s now a tribute album, Production Gems, with a sampling of the producer’s memorable projects, and input from the likes of Elton, Bernie Taupin, Kiki Dee, and Gus’s brother, Murray Dudgeon–who recently spoke with EJW’s Chief Editor about this and more.

EJW: Gus Dudgeon was known for producing many of Elton John’s classics. He also helped the singer form Rocket Records. What was that like?

MD: I think the formation of Rocket Records was a next logical step for Gus, Elton (and I believe) Bernie {Taupin}. Whilst it gave them more control of what they were doing, I know for Gus he also saw it as a way to help find, promote and launch new and upcoming talent. As his younger brother (aged about 18 when Rocket was launched), it was amazingly exciting and a visit to their offices was always great fun. My Rocket Records T-shirt was a prized possession for many years.
EJW: Did Gus share any of his musical discoveries with you?
MD: He was always looking for new talent and people he felt he could help. I certainly remember him talking about Joan Armatrading and how talented she was when they were first working together. He would always be excited when he was working with someone new. I remember around the time of his death, he was working with a new band called Slinki Malinki, which he felt had great potential.
EJW: The recently released Production Gems offers a sampling of your brother’s projects. Do you know why Elton’s Sixty Years On, Rocket Man (I Think It’s Going To Be a Long Long Time), and Whatever Gets You Through The Night {with John Lennon} were selected?
MD: The original idea for producing an album of Gus’s best work actually goes back nearly 20 years. John Kaufman (Executive Producer) first discussed the idea with Sheila to celebrate Gus’s 60th birthday (hence Sixty Years On). To make it a true reflection of his best work, Gus was then asked to compile a list of what he regarded as his best work. Sadly but happily, a suggested track listing was found on his printer shortly after his death. This suggested track listing formed the basis for the album. A few more have been added; indeed Elton John provided a couple of ideas of artists that should be included.
EJW: You have said that growing up, you were influenced by Gus . . . and that even now, he continues to inspire you as well as your children. How so? And did any of you become involved in music?
MD: When I left school, I did not go to university but instead spent about five years trying to be a racing driver! This clearly did not have much to do with music, but Gus’s success made me realise you should follow your dreams. Sadly, unlike Gus I did not really have enough talent to make it as a racing driver! However, I then spent my entire career working in media, advertising and marketing, helping clients such as the Coca-Cola Company find creative ways to market their products. I also spent a couple of years as the Managing Director of Classic FM (biggest classical music station in the UK), which was somewhat ironic given Gus’s background, but which I know made him proud and he enjoyed his visits to the radio station.
I have three children who all have a creative musical streak. My eldest daughter Zoe is actually a lawyer but also writes poetry and spoken word, and to keep her professional work separate from her creative activities goes under the name Amy (which she chose as it is what Elton used to call Gus’s wife Sheila) and cites Gus as one of her inspirations (http://www.amydudgeon.co.uk/biography).
My middle daughter is a pilates and personal trainer and as such relies heavily on music as a key part of her sessions. She loves discovering new music and creating new playlists and is often congratulated by her clients for her great music.
My youngest is my son Tom, who whilst at university ran numerous music events as a promoter under the name Sour Jam. He now is working in marketing but once the Covid issues have subsided, will undoubtedly look to put on some more events.
Murray Dudgeon was interviewed by eltonjohnworld’s Cheryl Herman