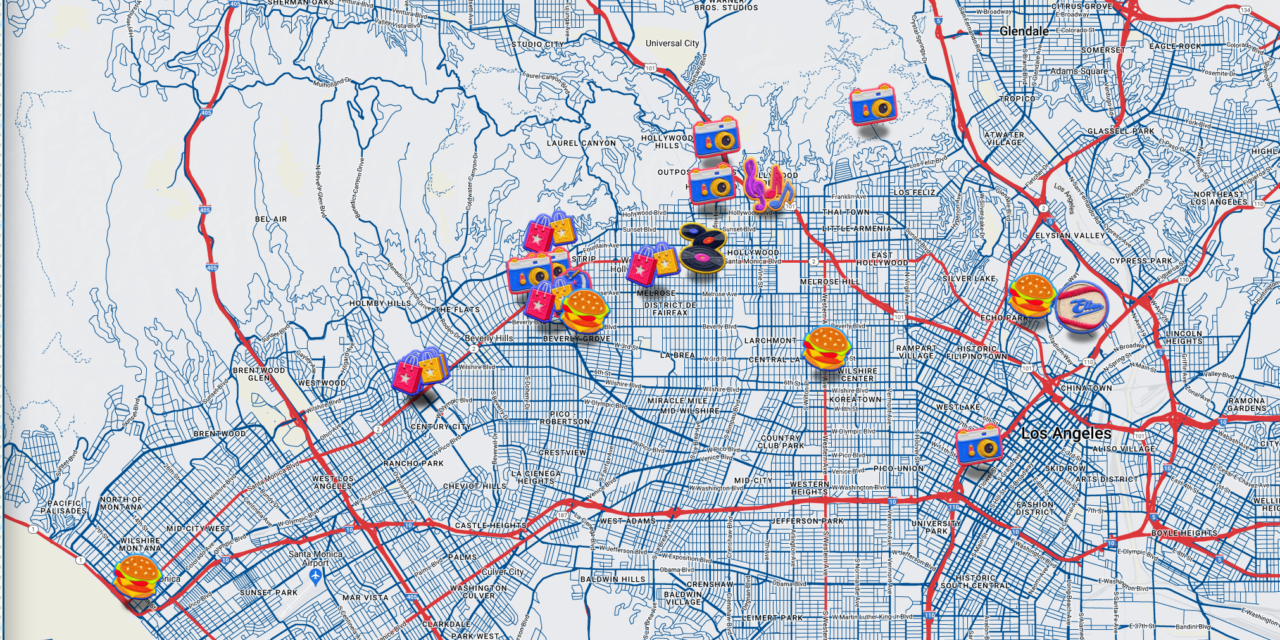 A November to Remember.

How would you like to win a pair of tickets to one of the Farewell Yellow Brick Road concerts at Dodger Stadium in Los Angeles, Calfornia? That’s the grand prize being offered for those taking part in a Roblox scavenger hunt featuring the Troubadour club and other L.A. hotspots.

What’s more, through the 25th of November, thewebster (also in L.A.), in partnership with Bravado, has a pop-up at its newest location at the Beverly Center. If you’d like to have the scoop on the creation of the collection, tune in to their livestream on Tuesday at 1 p.m. PT.

More merchandise can be found at The Grove (yep, L.A. again) through 15 January, where there’s also a look at Elton’s legacy through his iconic eyewear.

From The Grove it’s on to Chase Field. . . . Elton appeared on Friday and Saturday night at this venue in Phoenix, Arizona. So the Arizona Republic‘s EdMasley decided to publish a compilation of his favourite EJ tunes, with Rocket Man topping his tally of 25 tracks.

I spent a month leading up to the Elton John concert binge-listening to his catalog to make this unabashedly subjective countdown of my picks for his best songs for @azcentral. I loved seeing @eltonofficial do so many faves last night at @ChaseField. https://t.co/tJUffFBQpa

Hello magazine  has come out with a ”kind” list, so it’s not surprising that Elton is cited. An example is how he restored Britney Spears‘ confidence by asking her to collaborate with him. Their hit, Hold Me Closer, has been Brits Certified Silver.

‘Hold Me Closer’, the single by @eltonofficial and @britneyspears, is now #BRITcertified Silver pic.twitter.com/DLlKVz08v3

David Furnish told Variety that Elton and Britney recorded Hold Me Closer in London and Los Angeles, respectively. They could well team up again, but this time they would be in the studio together.

David also said that Elton, who recently received a clean bill of health at his check-up, could wind up doing a residency after his tour. As for his final American engagements at Dodger Stadium, Elton will be wearing an outfit with elements of the original Bob Mackie costume.

Elton said, ”Thank you so much for all you did for BRITS 2021. You were a fantastic co-chair and oversaw a show that none of us will ever forget.”

Eltonofficial proudly pointed out that during that time, it hasn’t left the charts and has sold over a million copies in the States and UK.

Five years ago today I released Diamonds: The Ultimate Greatest Hits. In that time it’s sold over a million copies in the UK & US, hasn’t left the charts & become one of my most successful albums!

Thank you all for the support – stay tuned for an announcement tomorrow! #OTD pic.twitter.com/rHUdPaT3UM

Joni Mitchell also hopes to release an album. She told Elton as much when she appeared on his latest rocket-hour show. That would be from her surprise performance at this summer’s Newport Folk Festival.

And looking ahead to the next MT . . . You can expect items about another festival, an auction, and lots more!