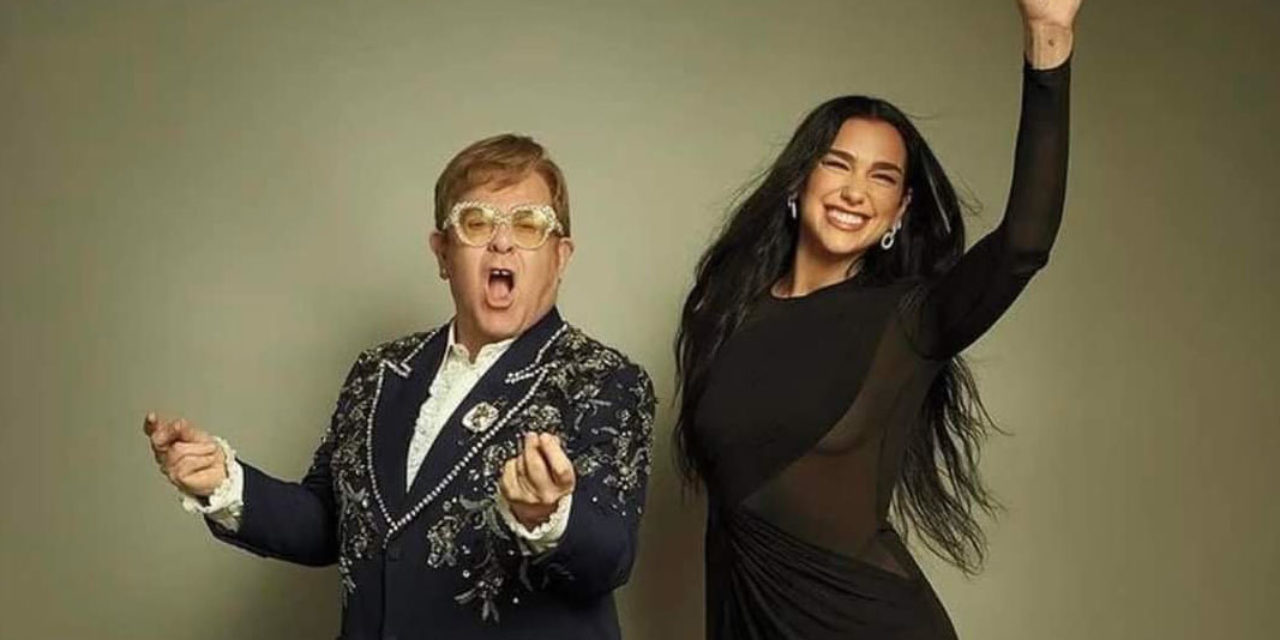 Apple-Music has released its year-end data, and fans will be happy to learn that Elton and Dua Lipa‘s Cold Heart (Pnau Remix) is #1 on the streamer’s Shazam chart. What’s more, the track was No. 1 on 17 national charts–a first for both artists.

Elton and Dua are on the cover of Variety’s Hitmakers issue. The two may not be close to the same age, but there’s a real chemistry between them, claims the cover story. When she was first approached by Elton and David Furnish, Dua jumped at the opportunity . . . even before hearing what song they were to work on.

Inside Variety’s cover story with Hitmakers of the Year @dualipa and @eltonofficial:

Another EJ collaborator, Shania Twain, is releasing a new edition of her 90s LP, Come On Over. This contains two live versions of her #1 hit, You’re Still The One: a more recent duet with Chris Martin, and another taped with Elton in 1999.  The latter was part of a CBS special called Winter Break. MT remembers that Elton told a thrilled Shania: ”You’ve come a long way, baby.”

• Every so often, the Jim-Irsay-Collection goes on tour. The owner and CEO of the Indianapolis Colts owns items ranging from Elton’s piano to Muhammad Ali’s championship belt. They are headed to San Francisco, California’s Bill Graham Civic Auditorium on  the 10th of December (one night only). And there will be special guests: John Fogerty, Ann Wilson, and Buddy Guy. Guy, who is 86, will be embarking on his farewell tour next year.

**GAME ON SAN FRANCISCO!** Tickets are now available for the @IrsayCollection exhibit and concert on 12/10 feat. hall of famers @John_Fogerty, @AnnWilson, and @TheRealBuddyGuy! This is a FREE event but capacity is limited! Be there! @JimIrsay 🎸🖼🎉https://t.co/wCi3z0bMos

• Rod Stewart recently announced he’s retiring–sort of. Ironically enough, upon hearing about Elton’s farewell tour, he told Andy-Cohen on Bravo: ”I’ve never spoken about retirement, and if I do, I’ll just fade away.” Now, though, Rod says he will no longer do rock and roll tours but a more intimate gig here and there. Like Elton, he wants to spend time with his kids.

• Now here’s some news about a couple of legendary recording studios. . . .

A date has been selected for the Disney+ premiere of If These Walls Could Sing. The documentary about Abbey Road, with Elton and other high-profile contributors, will be available to view on the 16th of December. Abbey Road also happens to be where Elton and Charlie Puth performed their Lockdown Sessions track, After-All, live on TV last year.

The BBC‘s Maida-Vale Studios are being sold, and the asking price is 10.5 million pounds. Elton, Jimi Hendrix, the Beatles, Bob Marley, Led Zeppelin, and David Bowie have appeared here. The BBC had previously announced that they planned on moving their recording operations in 2025.

A former Maida Vale engineer helped Universal Music Group put together the 50th anniversary deluxe edition of Madman Across the Water. Peter Thomas, now with UK speaker company PMC, is a longtime collector of early Elton John material so was able to provide a number of demos. He also was responsible for the Record Store Day release of a Border Song demo for the reissue of the elton-john-album in 2020.

RollingStone has published what they consider to be the worst decisions in music history, with Elton coming in at #50. The publication criticised him for releasing the Victim of Love album. While the 1979 LP received scathing reviews, MT disagrees, and appreciated the change of pace in songs like Spotlight and Born Bad.

The spotlight will soon be on a-photographer-s-london-rock-encounters/, with Elton among them. The show at the Rock Photography Museum in Glendale, California, is called Mad Decade, and a reception will be held this Saturday night with the artist, Alec Byrne, from 7-10 p.m. It’s based on his 2017 book London Rock: The Unseen Archives, which included shots of Elton in concert and interacting with reporters.