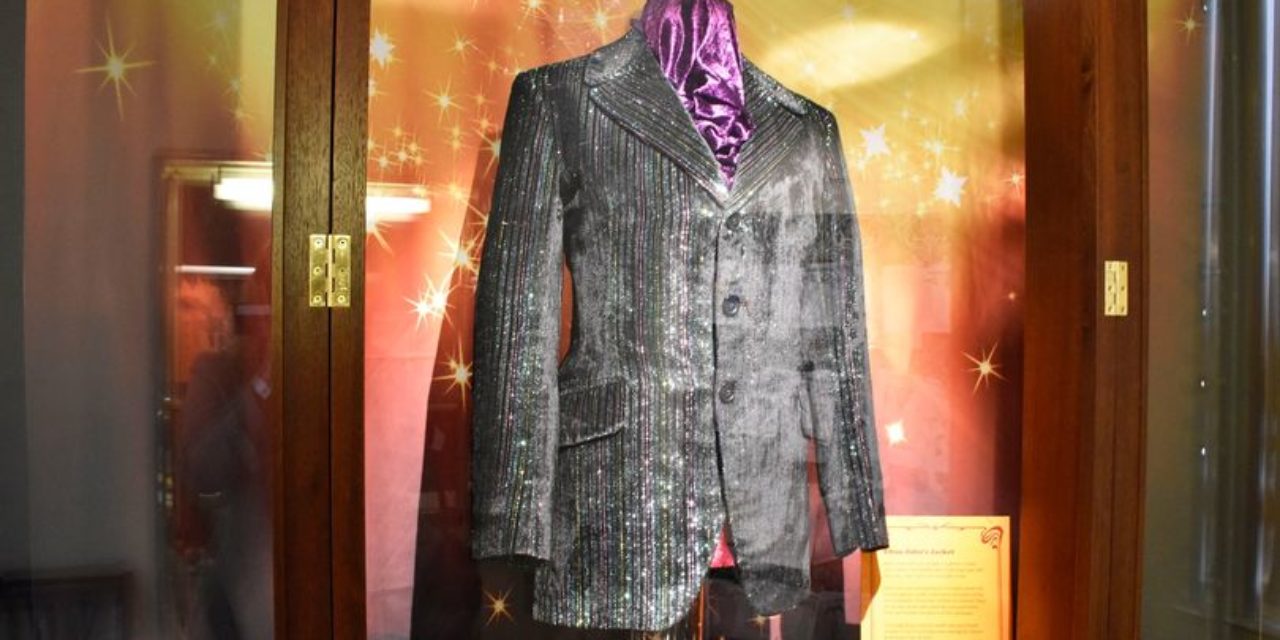 The Farewell Yellow Brick Road stops in Christchurch, New Zealand, tomorrow night. Yet Elton’s 13 January concert in Melbourne, Australia, is still being talked about. One reason is Molly Meldrum, who has apologised for mooning the audience. He claimed it wasn’t intentional, and that his belt buckle broke. The broadcaster added that Elton didn’t even know he was going to jump on stage. So this was ”more a case of ‘The Idiot is Back’ than ‘The Bitch is Back.’ ” Whoever is back, it won’t be security personnel who allowed Molly to come up in the first place! The dismissals seem a bit harsh since Elton didn’t object and the two have been friends for many years.

Some Melbourne fans were upset . . . but the issue here is Ticketek, not Molly. A woman said  she spent over a thousand dollars so that she and her son could enjoy ”the ultimate VIP package.” Upon arriving at the VIP counter, though, she was told that Ticketek had been ‘misleading,’ and the purchase only covered concert tickets.

Kristen Rockwood, on the other hand, wasn’t seeking a VIP experience, just decent accommodations and a good time at last year’s Dodger Stadium show in Los Angeles, California. She wound up arriving an hour late to see Elton and blames the American Hotel Los Angeles. According to legal documents obtained by the Blast, a hotel employee demanded to see her service dog’s ID and suggested they didn’t have to have to accept her business. So Kristen had to spent extra time and money finding another place to stay.

The publisher of the UK’s Daily Mail has been hit with legal papers, too. Elton john, David Furnish, and the Duke of Sussex are among the high-profile people claiming that Associated Newspapers Limited invaded their privacy. So the publishing company is seeking to have the cases dismissed, saying they were brought too late. Too late for what, we wonder? A hearing about the matter is to take place between 20 March and 5 April.

Meanwhile, Elton’s estranged half-brother recently appeared in court.  Geoff-Dwight was fined for possessing magic mushrooms. He took along a ceremonial trident. Geoff explained this was in case he had to swear an oath, but was told to leave it outside.

Sir Elton John’s estranged half brother Geoff Dwight has been fined £120 for possession of magic mushrooms.https://t.co/EUTnrtzPOZ

If you find yourself in derbyshire, England, you may want to go inside Pickford House, which is displaying an assortment of men’s suits until May 2023. The shimmery silver and purple number was formerly owned by Elton. It’s now owned by collector Pete Feely. He told the Elton Blog that he believes this was purchased during the American leg of the Goodbye Yellow Brick Road tour. Since Elton’s ”a binge buyer,” Pete isn’t sure it was ever worn. The rest of his collection comes from London boutiques which were popular in the sixties.

While Feely doubts whether Elton ever put on the suit that’s currently on display in Derby, Julien’s Auctions can assure folks that a pair of Christian Louboutin ankle boots being offered next month have been worn by the singer. The sequin-embellished footwear is part of an auction to benefit Musicares, with bids being accepted from 11 a.m. Pacific Time, on 5 February.

A ton of memorabilia owned by rock legends including Ozzy Osbourne, Slipknot, Fleetwood Mac, Elton John and more, is going under the hammer https://t.co/V6rTJFgshx

How would you like to visit a museum featuring memorabilia such as Elton’s suspenders? That’s the aspiration of Christian Clark, who was gifted his late grandfather’s collection. His grandpa was Dane-Clark, who used to be Elton’s hairdresser and wardrobe keep.

There are also photos signed by Elton, Queen, and Kiki Dee (who, incidentally, will be on the 28 January episode of Eltonjohn.world‘s Saturday Night’s Alright podcast).

Do you remember Elton and Mary J. Blige’s rendition of The-Night-Time-is-The-Right Time during the Genius: A Night For Ray Charles TV special in 2004? The special was directed by Bruce Gowers, who has passed away at the age of 82.

Bruce, who won a DGA (Directors Guild of America) award for ”Genius,” had previously worked with Elton on the Song-For-Guy music video.

Eltonjohn.world was also sorry to learn that a member of Crosby, Stills, Nash & Young who contributed to Elton’s Blue Moves album passed away. David Crosby, who was 81, sang on Cage-the-Songbird, as did Graham Nash.