A Tale of Two Pianos 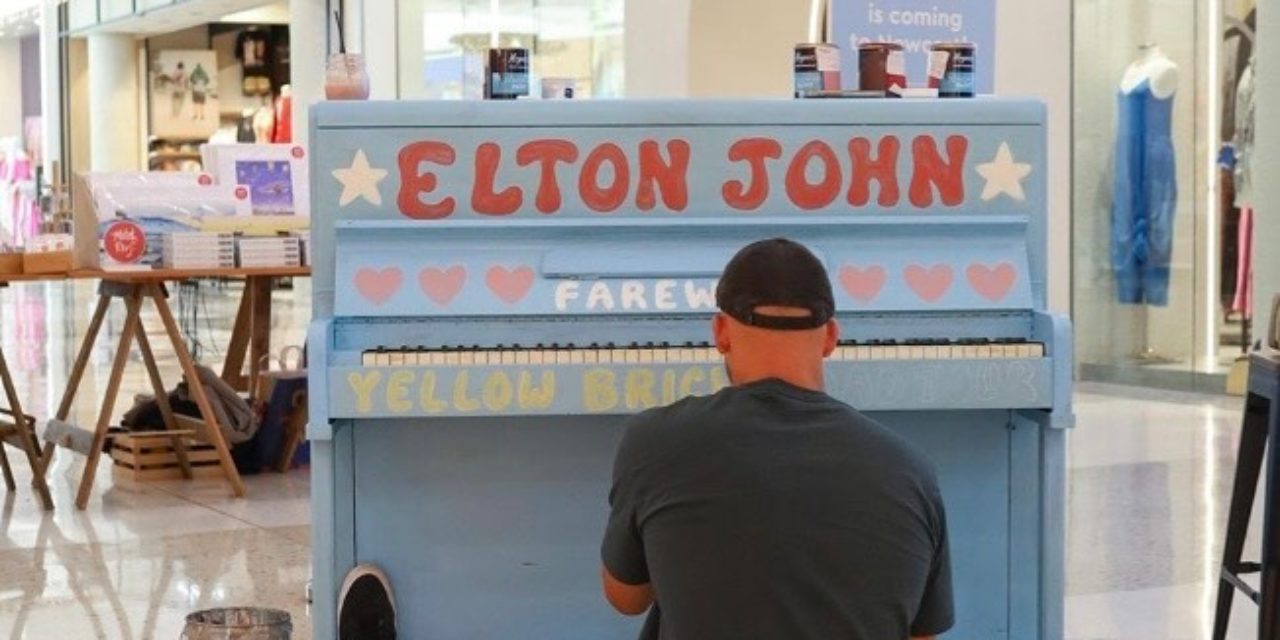 If you’ve been keeping up with Eltonjohn.world Newswire, you will know that Newcastle, Australia, artist Mitch Revs painted a piano which was inspired by Elton. It’s currently on display at Westfield Shopping Center.

Brett Campbell, from Venues New South Wales, tells us that this will be available to check out until 11 January . . . the day after Elton’s second and final McDonald Jones Stadiumperformance. The piano will then be donated to a local charity. At press time, it was not known which one.

And guess what else? This is not the only instrument Mitch has painted.

There’s another which celebrates Elton, and it’s to stay at the stadium permanently, ”as a piece of living history,” explains Brett.
That’s in addition to the permanent mural feting McDonald Jones and Elton which Mitch is also working on.
Kelly Williams, from the artist’s studio, tells Eltonjohn.world: ”I believe Sir Elton John has been made aware of the pianos in tribute to his tour, and we hope he will be able to sign them if and when he sees them.”